Clients turn to Bluelight Strategies for marketing, media relations, message development, branding, social media and crisis communications, among other public relations needs. We provide expert, timely and effective services to help clients achieve their goals – whether the goal be winning a specific campaign, affecting policy on an ongoing basis, or framing a message in the media.

Applying experience gained at the highest levels of politics and journalism, Bluelight Strategies’ campaigns are known for their nuanced multi-level approach to message building, media targeting and event planning.

We bring a potent mix of personal commitment, media contacts and experience, and new technologies to offer clients tailored communications expertise across the entire range of media consulting services.

By highlighting examples of our team’s past work, the following case studies showcase our approach, services and results. 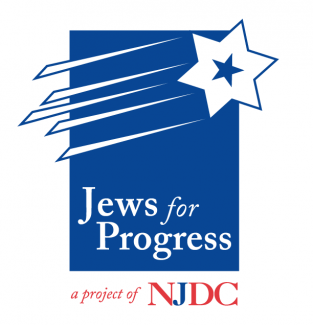 Jews for Progress was an initiative of the National Jewish Democratic Council to ensure Jewish votes for 2016 presidential candidate Hillary Clinton.

ONE is an international organization campaigning and advocating for an end to extreme poverty and preventable disease, particularly in Africa. Co-founded by U2’s Bono, ONE works with public figures, politicians and celebrities, to raise public awareness of these issues and work with political leaders to combat AIDS and preventable diseases, increase investments in agriculture and nutrition, and demand greater transparency so governments are accountable to their citizens.

Earthjustice, an environmental nonprofit law firm, fights to protect the environment, advocate for clean energy and combat climate change. Earthjustice partners with many smaller organizations to assist them in their legal battles against environmentally harmful companies and practices. In this instance, Earthjustice partnered with the Dryden Resource Awareness Coalition, a group of community activists who worked to ban fracking in the town of Dryden, New York.

The Conference of Presidents of Major Jewish Organizations serves as an umbrella organization for American Jewish groups offering a unified voice for issues of significance to the community. Groups from across the political and religious spectrum are represented in the organization, allowing for greater consensus and wider impact. 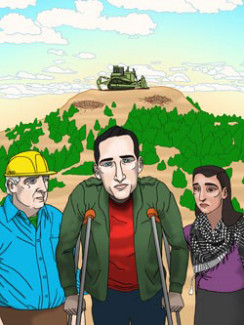 Motti Lerner’s The Admission, set in Haifa during the first Intifada, is an Israeli homage to Arthur Miller’s All My Sons. The play focuses on a wounded Israeli veteran’s search for truth surrounding the deaths of a group of Palestinian villagers by an Israeli unit his father had commanded 40 years earlier.

The Hub was created in advance of the 2012 presidential election as a rapid-response research and media outreach team to promote President Obama’s message around foreign policy issues and to the Jewish community. It developed and deployed lightning fast responses to every serious news item that had to do with President Obama, Israel and/or the Jewish vote.